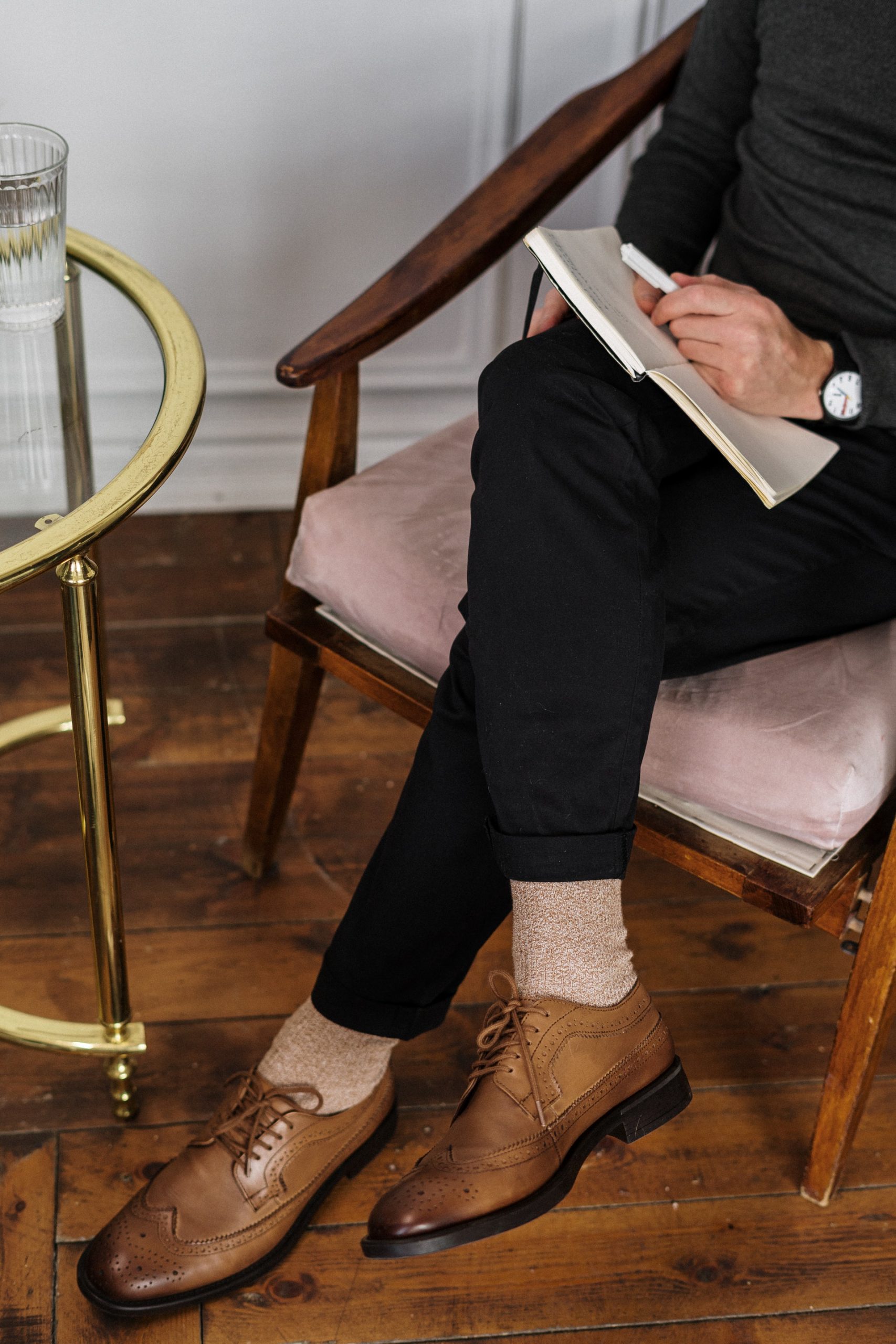 We do not leave Northampton, this city located north of London, which is the paradise of quality men’s footwear. Almost contemporaneously with the birth of Crockett&Jones, just 6 years earlier, Church’s Shoes was founded, a firm where tradition continues to be one of its values   almost a century and a half later. Leather craftsmen, so their accessories are also exceptional, they survived in the first half of the 20th century, devoting a good part of their production to the armed forces, especially during World War II. In 1965, during Queen Elizabeth II’s second visit to her factory, she awarded them the ‘Queen’s Award’ to the industry for being a leading company exporting their top quality products.

The original spirit of men’s shoes of outstanding quality and pure British elegance has not been affected by the acquisition of the company by the Prada group two decades ago, although it is true that since then Church’s has expanded globally, opening stores all over the world and also exploiting his business for the female audience.

It sounds very English, so much so that it wouldn’t be surprising if we were still in the county of Northamptonshire, but we took the Eurostar train from London to Paris, the city where the origins of this French footwear firm are rooted. In fact, the French influence is noticeable in his creations, for which Olivier Saillard is now responsible, who became artistic director in 2018.

JM Weston is a mixed firm, but the weight of masculine designs in its history is greater than that of feminine ones. Over the years they have been able to adapt their shoes inspired by the world of hunting, golf or horse riding to the urban world, respecting tradition in the manufacturing process, to which they have obviously added new techniques supported by the development of the technology. The influence of the classic Parisian aristocracy is still very present in its collections, but combined with an avant-garde spirit that gives rise to unprecedented associations that go beyond the classics. All this always using the highest quality materials.

In 2012 Tommaso Melani, at the head of his family business, Scuola del Cuoio, decided to acquire the house that bears the name of the famous Florentine shoemaker Stefano Bemer. Bemer started his own firm in the 80s, and it soon became one of the flags of the elegant, refined and luxurious Italian shoe. It was after his death that Melani took the reins of the company.

Today, many men, many of them well-known, stop by his base of operations in Florence, located in a former chapel, to take that pair of shoes with which to elevate their wardrobe to a higher level. If ankle boots are your thing, by the way, you can’t miss their leather designs, because they are a true masterpiece.

It is always tempting to stay a little longer in Italy so, taking advantage of the stop in Tuscany, we travel to the southeast of Florence in this new stage of the list. Specifically to the Marche region, where he founded (along with his brother) his Silvano Sarretti artisanal and top-quality shoe factory in the late 1970s. Over the years, Silvano and his brother separated their professional careers and the brand became consolidated under the direction of Silvano, who, in addition to maintaining his own brand, began to work with numerous luxury firms.

Thanks to the vision of his two sons, who joined the family business to mix with the talent in the creation of the transalpine footwear designer, the Silvano Sarretti brand has established itself as one of the banners of ‘Made in Italy’, a country in which the firm is an authentic reference of quality and elegance.

The luxury footwear industry has one of its highest standards in Italy, which is why we highlight another of the firms from the transalpine country. Henderson Baracco was not nearly what it is today back in 1932, when it was founded by Giuseppe Baracco, who was in charge of a handful of artisans who made shoes by hand.

In the 1960s, with the nephew of the founder, Gino, at the helm, the workshop multiplied and the company acquired a much larger volume by starting to export to countries like Germany and Austria. Today, the company is still a family business whose designs mix quality with versatility and a wide range of styles, since they not only design shoes, but also, for example, sports shoes.

How to Stop Heel Slippage in Running Shoes