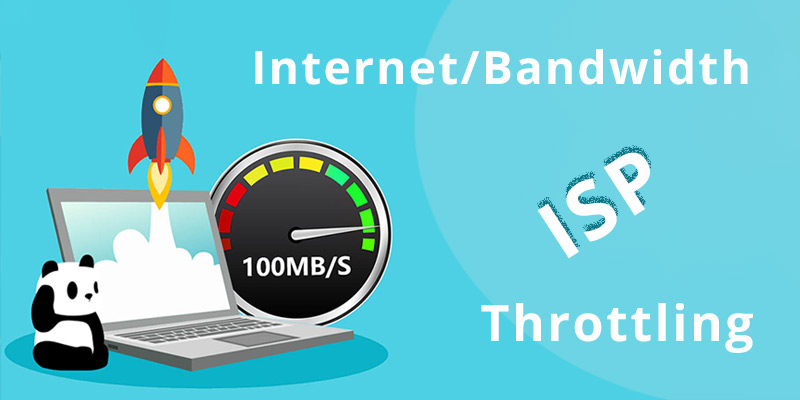 There are many ISPs in business, and the competition is fierce. So, the reliability and speed of your connection should be top-notch. If the internet is slow or keeps disconnecting, customers won’t think twice and switch to another provider. There might be many reasons behind a slow internet connection. So, your best bet could be to call Spectrum Customer Support (if you are a subscriber) and ask them. The chances are that they’ll fix it in no time.

However, sometimes the speed issues are more complicated. You might have a faulty router. Or your computer might have a virus. Moreover, the router placement and firmware are also equally important. But sometimes, ISPs can slow down your internet connection on their own. It sounds like a scam, but it is a reality. And you probably signed the contract where they said they were going to do it. Welcome to the real world, where speed throttling is common.

Many ISPs have a monthly data and bandwidth cap. And most households choose a package like that without being aware. So, when you reach that bandwidth cap, your ISP can slow down your internet speed. It is to prevent your connection from consuming more bandwidth than what you’re paying for.

Moreover, some ISPs can slow down certain online destinations like Netflix, Facebook, or Hulu. Typically, when an ISP does this, it has nothing to do with you. They want to charge money from the streaming service to give their users a full-speed experience. So, the ISP could stop you from streaming 4K or UHD videos until the streaming service pays up.

In both situations for throttling, your best defense is an offense. So, you will need to stop this from happening with early precautions when you sign the service agreement.

How to Know When Your Internet Seed Is Throttled?

Sometimes, your ISP might not clearly tell you about throttling. So, you might have to figure it out yourself. The most important thing to do is to collect enough data to support your case. If you think your speed is being throttled, you should make a log.

Go to the Ookla speed test website regularly at different times of the day. Then, make sure you note the upload and download speeds as well as the ping. When you have ample data on your network speeds, you can then figure out what’s happening.

Another great tool is the Google video-quality test. It is a reliable way to track your internet speed over a couple of days. It can tabulate your speed, and compare it with the previous day’s quality. So, it can be easier to indicate throttling with that kind of data.

What to Do About It?

If you notice that you get unusually low speeds without an explanation from your ISP, it might be throttling. Here are some things that you can do to stop it:

The most important thing you can do about throttling is to catch it before it happens. Most ISPs mention their protocols for throttling in their service agreement. So, before you sign it, you need to read the full contract. No matter how boring or complex it sounds, it can save you a lot of time and hassle later on. If you find anything unusual about the agreement, talk about it there and then. So, reading the fine print might be your best bet against internet throttling.

After you collect your internet speed data, it can be easier to figure out what’s happening. If they are being unfair, complaining via phone or email could also work. Moreover, if the discussion gets sour, your data can help you build a stronger case. Most ISPs would be more than happy to help you as they would fear a lawsuit. Even a bad rapport can be destructive for an ISP. So, if you’re lucky, they might give you a free upgrade at no additional cost. Another great way to negotiate is to threaten to leave the service for another. This can get you enough attention as customer retention can be a big deal for ISPs.

What If Negotiations Fail?

Negotiations can fail because of any reason. You might not have enough data, or you could be a bad negotiator. In any case, you are still not out of options. Most of the time, ISPs apply throttling schemes based on the location of servers and destination websites. In that case, using a VPN can fix your problem. A VPN can mask your IP and encrypt your data. So, if your ISP doesn’t know where you are or what you’re trying to access, they can’t throttle your speed.

However, this won’t work if your ISP has a general data cap for all users. So, you might have to look for a more reliable internet package without data caps.

How to Write a Proposal For an eCommerce Website?

How Much Time Do People Spend On Social Media?