Latest in CCTV Technology and Their Amazing Benefits 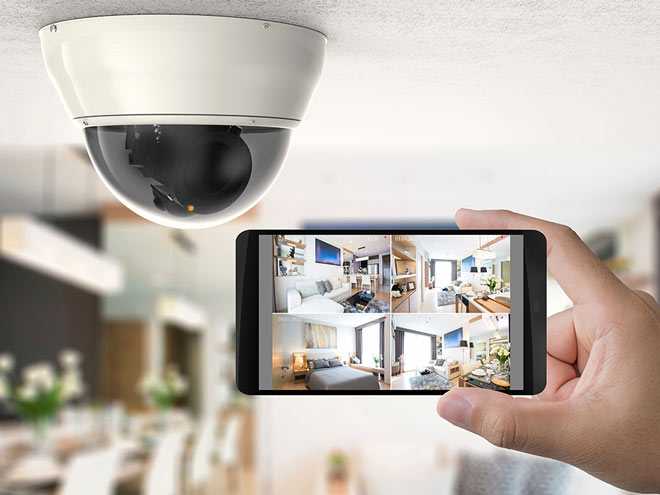 CCTV or Closed-Circuit Television is a security technology system that enables you to monitor everything happening around an area. Although the idea behind CCTV remains the same, the advancements the system has witnessed in the past few years have been revolutionized. Where once we were unable to view anything past a certain date and time, we now have motion sensors, night vision, HD resolution and much more.

CCTV company in Dubai are offering some of the latest technologies for infrastructural security. However, many who don’t understand the gimmicks behind cameras are probably unaware of the benefits these innovations can bring about.

To provide a brief summary, let’s take a look at the modern innovations that CCTV cameras now work with:

Before the advent of this technology, analog cameras had to be upgraded to use IP technology in order to get high definition results. The situation became dire when people realized they needed their cameras to recognize faces and license plates. It’s a necessary requirement considering that the end goal is providing security and evidence against a committed crime. Therefore, HD analog technology was conceived in order to make sure that analog cameras are now able to capture high-quality imagery.

Oftentimes, no matter how well you place your cameras, there are blind spots. Normally, cameras are supposed to have blind spots unless they’re 3D ones or fish-eye ones that capture everything. However, that’s not the only type of blind spot that can cause a problem.

Cameras face issues with the lighting of the scene they’re capturing. There are times when there is uneven lighting across the room, garage, front porch or anywhere else. One part of the screen might appear clearly while the other is darkened. To address this issue, WDR (Wide Dynamic Range) was incorporated into modern cameras. This feature helps cameras adjust the lighting in their full view to make it even and make everything appear clearer.

Cameras require power to stay active and with old-school technology, you had to make sure there’s a power outlet near the camera to plug it in. However, with the introduction of Power over Ethernet technology, you can use the same cable that transfers data to power the camera as well. Since ethernet cables are stretched across the whole perimeter, it’s easier to place cameras anywhere you want.

You can ask your server rack suppliers to place everything in a single secure place. Since the cameras won’t require to be plugged in nearby, you won’t need server racks to be close in order to plug them in.

Although this isn’t an innovation as much as an upgrade to the existing technology, camera irises are becoming more advanced. The iris is the part of the camera that determines how much light can enter into the lens. The amount of light that enters the camera, in turn, determines how clearer the image will be. It’s imperative to note here that too much or too little light can distort the image you get. Therefore, it’s important to have something that works in the optimum domain.

Earlier, cameras used to be rigid and stationary, covering only the area that is within their field of vision. Simply put, they only showed the area they were pointing towards.

The PTZ or Pan, Tilt and Zoom technology makes cameras more efficient, accessible and secure. This technology enables you to look around with the camera and make sure that you’re getting more than just a narrow field of vision. You can pan around horizontally and change the angle of the camera to point to a different direction. Similarly, the tilt feature allows you to adjust the lens vertically while the camera remains in a specific position horizontally. This undoubtedly provides much more versatility.

In addition to this, the zoom feature makes cameras exponentially more effective in terms of security.

Cameras of today’s day and age are able to record things even in the darkest night. Moreover, the addition of motion-sensing technology allows cameras to trigger alarms as soon as something moves in their field of vision. That means any disruption that happens in the camera’s line of sight will ultimately trigger an alarm that alerts authorities nearby.

You’ve probably seen people tamper with security cameras in movies and no one notices it. Well, that’s not happening with cameras that come with tamper detection. These cameras will instantly raise the alarms if there is anything that is coming in physical contact with the camera. Similarly, since these also have backup power and storage facilities, they’ll trigger the alarm even if someone tries to cut their main power supply. Hikvision distributors in UAE are one of the best security provides in a wide area.

As stated above, with changing times, CCTV cameras have changed as well. They have become more efficient, productive and versatile.

What is the Purpose of HRMS Software?

Top Reasons for Why You Need a Mobile App Development Company