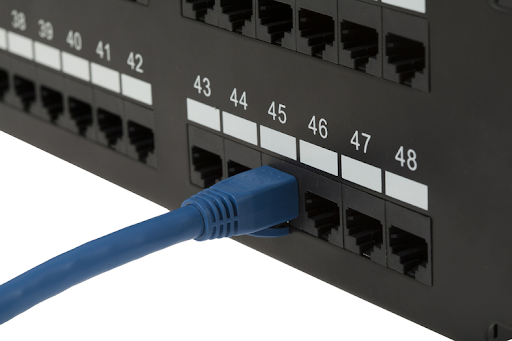 Some Things You Would Want to Know About Cat8 Ethernet Cables

The need for data transmission has increased, and the speed requirements have also increased. When the cabling infrastructure is correct, it will ensure the best performance and highest speed. IT managers who keep upgrading and developing new networks have various options available, including Cat8 cables and effectively putting them to use.

In copper ethernet cables, Cat8 is the latest ethernet cable. This cable is an advanced version of the previous cables and represents higher data transmission speeds. These cables use the standard RJ45 connectors, and they are also backward compatible with the previous versions.

These cables transmit data at such high speed and bring very few errors to shield such cables with a layer of conductive material to prevent any electromagnetic interference in the internal conductors. These cables are even more advanced because each of the twisted pairs is covered in a foil, reducing crosstalk and increasing data transmission efficiency. But because of so much shielding and coverings, these cables are rigid, due to which it is hard to install them in closed or tight spaces.

Cat8 ethernet cables are known as the fastest ethernet cables up to date. They have a speed of over 50 Gbps which is four times faster than Cat6a ethernet cables. It reduces latency for superior signal quality by supporting bandwidth up to 2 GHz and comparing Cat8 Vs. Cat6 the Cat8 cables are much faster.

What is it Used For?

In data centers and server rooms, where 25GBase-T and 40GBase-T networks are standard, Cat8 switch Ethernet cable is ideal for switch-to-switch communications. The RJ45 connectors of these cables are used to connect network gadgets like routers and switches, permitting for 25G or 40G network upgrades that do not need a whole equipment overhaul.

Shielded foil twisted pair (S/FTP) build up includes shielding around every pair of wires inside the cable to lessen near-end crosstalk (NEXT) and braiding around the group of pairs to reduce EMI/RFI line noise in crowded network installations.

For delivering power and data over a single cable, the cat8 cable uses power over internet technology. When the need for power cords is removed or reduced, cat8 can save some space in filled-up server rooms and make edge computing installations a lot easier. These cables have a maximum range of 98 ft. (30 m); they can easily reach the PoE devices when they are not near an AC power source like a security camera and wireless access points.

Yes, Cat8 ethernet cables are appropriate for gaming. Plus, the heavier gauge Cat8 cable is pretty rigid, making it extra hard to install and terminate. A better, extra value-effective desire for a “future-proofed” home community network, and the exceptional Ethernet cable for gaming, could be Cat6 or Cat6a cable.

Other than gaming, cat8 wiki will also work with routers, but Cat6, a cable, is more effective and sufficient for such applications. This is because most domestic equipment cannot work with the speed of Cat8 ethernet cables, which is overkill. Therefore, it is best to use them for data center applications because such high speed is not needed in domestic applications.

Why Does it Cost More?

In maximum cases, better performance costs extra cash. Sometimes that’s a purely financial issue (supply and demand or something like that), but it has to do with production fees in other cases. That genuinely applies to Ethernet cables. Cat5 isn’t less expensive due to the fact it’s miles slower. It is slower due to the fact it’s far less expensive. We’ll get into it in a minute; however, better frequencies allow for higher records transmission quotes, but making them is extra costly. Majorly it depends upon twists and shielding. Higher frequencies require extra twists in the cable pairs, and that method is more steeply-priced.

Also, it will become harder and harder to guard better frequencies against interference and crosstalk, and as you go up in scale, the fee of raw substances for protection gets steeply priced. Cat7, as an instance, frequently uses gold plates for defense. Since interference can render a cable useless, that is a massive deal. With Cat8, one of the famous and most trusted kinds of shielding is S/FTP. This is usually set up by having each pair shielded with a foil wrapping, after which 4-pair braid shields around the organization of wires. This offers the most safety from interference and is discovered within the highest-performance copper cables.

How to Choose the Best Hand Dryer for IT Company