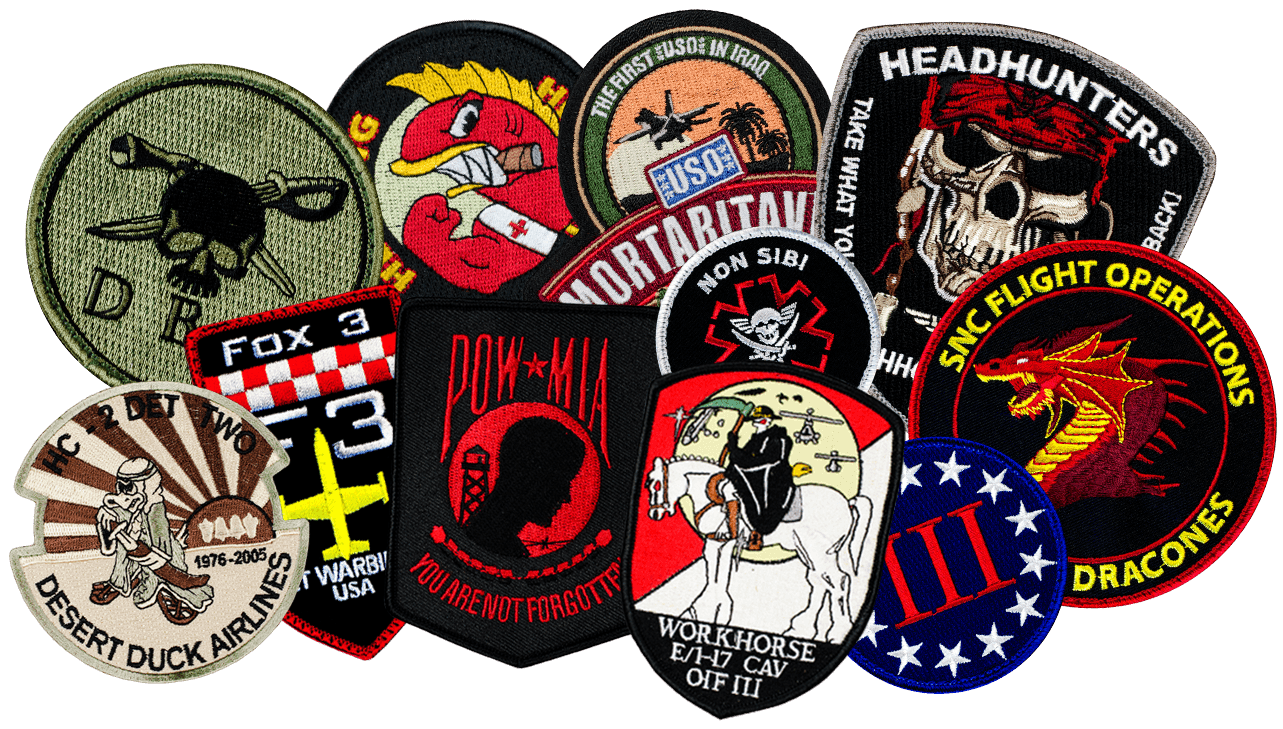 Do you think that war helps in solving conflicts? For some, it is the only way out and for others, peace can also be the answer. But unfortunately, we live in a world where we seek answers using violence because we are so used to chaos theory. We are bound by rules and yet we break them and make self-centered decisions without understanding that there are people who might get affected by them.

This is how hatred is born. And with each threat, a soldier is born, whose only aim is to serve his land and stay awake so that others can sleep in peace. What we don’t understand during such conflicts is that at the end of the day, it’s a wife that suffers the separation, parents who keep waiting for their sons, and kids, who want to hug their fathers for one last time. We think “war” can bring “peace”. However, in reality, it either brings a victor or a martyr back home, wrapped in a national flag that has countless army patches on his uniform.

There is a huge history behind military patches and this article is going to talk about that. So, if you are interested in knowing that, stay with us till the end.

What is a military patch?

A military patch is awarded to male and female soldiers in the service. It’s nothing new because it has been going on since the Roman era. It was 1800 when these embroidery patches were first worn by the British soldiers. But it was only for the officers with higher ranks. Later on, it became a way to understand the difference in ranking and differentiate divisions. Things were not like this before the civil war because military uniforms used to be plain back then. All of this took place after the civil war.

Each patch is used to serve a purpose and it’s still common even today. The designs of these ranks were not only to differentiate higher ranking but also an indication about your army and division. Apart from this, these patches work as an inspiration for the soldiers to imprint the fighting spirit in them.

These patches were used throughout the War of 1812, the 1846 Mexican-American War, and the Civil War. Here’s an interesting thing about these patches, some of them were designed by mothers, wives, and, girlfriends for their men. Hence, they weren’t considered official.

It did not take too long for the industrial revolution and thanks to the invention of sewing machines, the manufacturing of official patched began and got increased in no time. These patches were cheap and easy to produce in a short time. The very first tactical patch was created during WWI. This insignia was created by the army’s 81st infantry division. Their patch design was more of a wildcat outline and here’s why. Because The 81st Division used to get trained in South Carolina at Fort Jackson, which is situated near a body of water called “Wildcat Creek. Now, this makes sense. Doesn’t it?

Till we reached WW2, military patches had become a “new normal”, but with a variegated variation. The idea of these patches was more creative than the last ones because now we had power embroidery machines. You might be thrilled to know that during the Second World War Walt Disney was commissioned to assemble patches by the military. And around 1200 tactical patches were produced during that time. Each of them has a Disney character on it excluding Bambi.

The patches used in WWII were more interesting than the ones used during the First World War. However, it cannot minimize the loss this world had to face due to those wars. Until the world was introduced to power embroidery, custom military patches were hard to produce. But after that, there were colored patches in the military and army. Like blue, red, green, and it became a treasure to collect for the kids back at home waiting for their fathers.

It did not end there because many influential government agencies like NASA adopted this thing in 1960 and started using custom patches. These patches were specifically crafted to symbolize each mission. Their spacesuit used to have a patch alongside an American Patch.

The style of these patches has evolved and we can see lots of different kinds of military badges as well as patches today. Some of them define the army division while others are used to assign the ranks accordingly. It’s been six years since we last saw a visible change in the USA military patch was the provision of OCP patch. Aside from that, there is another regulation that was made recently. Back in the day, army and military personnel used to wear the American flag backward on their uniforms, respectively on the right shoulder. It is a requirement from Army Regulation AR 670-1 that the star field of the flag must point towards the front.

If you heard about morale patches you know that the deal is different with them. Because these can be the simplest patches out there, with a word or a phrase written on them. Custom patches online also come under this category.

Today we have stores like bespoke patches that are mastered in the art of crafting the perfect patch and it surely has taken time. But there was a time when the world was not this much developed. And can you imagine the war at a time when you don’t have the facilities to deal with it? And yet the world somehow made it to this far, because it had to be done. And during those hard times wives, mothers, and sisters of soldiers did not lose hope, instead, they gathered all the courage they could and channeled their emotions into crafting the world’s most beautiful patches.

Reasons Why You Need An Onyx Jewelry In Your Collection